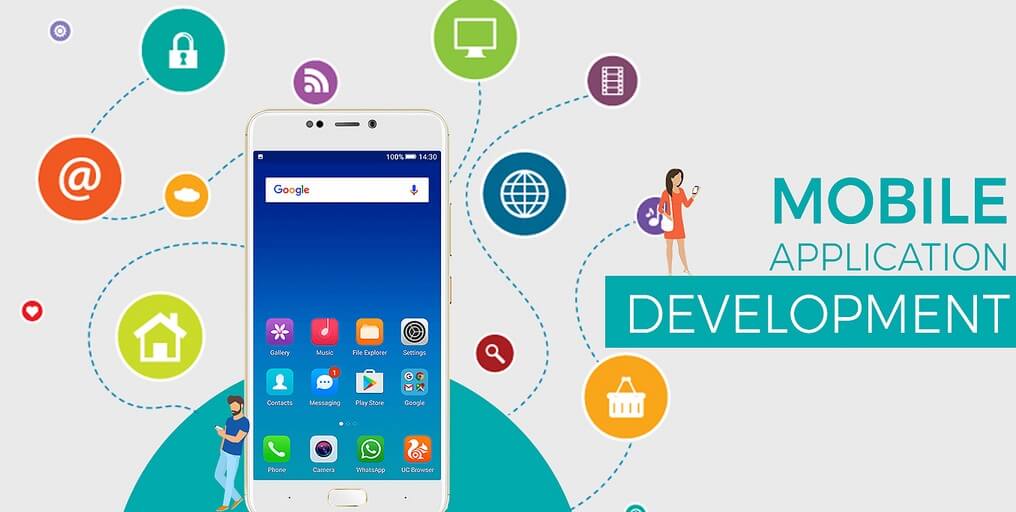 Alex is a millennial who uses her Apple watch to wake up every morning and orders breakfast from Uber Eats before heading to work in an Easy Taxi. This is simply a snapshot of Alex’s app-dependent morning routine. Everyone, including Alex, makes use of a variety of mobile applications to make their lives simpler.

Let’s have a look at some of the most popular mobile app development frameworks that make app creation a breeze:

Swiftic is one of the most powerful mobile app development frameworks for the iOS platform. It has a user interface that is simple to use. Swiftic is a convenient alternative because all of its plans come with a 30-day money-back guarantee. Furthermore, it comes with a 6-month guarantee of success. The 6-month service is free if you don’t see any results.

The following are some of the key features:

Native Script is a preferred framework for reducing the amount of code and the amount of time the program takes to load on the system.

Native Scripts is popular among top corporations because of its powerful online empowerment platform.

The following are some of the Native Scripts features:

React Native is the greatest JavaScript library for creating native apps for all platforms and devices. You can create powerful applications for both iOS and Android with React Native. It also enables for the creation of platform-specific versions of certain components, making it possible to use a single codebase across numerous platforms. Facebook launched this community-driven JS library in 2018.

The following are some of the characteristics of React Native:

.Net-based Xamarin is one of the most popular mobile app development frameworks. Microsoft introduced this native platform. Xamarin, a cross-platform and open source app development platform, provides a development environment that includes a backend, API, components, and more. It’s an if you’re looking for a unique way to express yourself Various tools, libraries, and programming languages are provided by the Net developer platform. With Xamarin developers, you can create native apps for Android, tvOS, watchOS, iOS, macOS, and Windows with the help of an active community.

The following are some of the Xamarin features:

Ionic enables you to create interactive hybrid and Progressive Web Apps, as well as cross-platform apps. This open source framework provides premium application development services. Ionic is a framework for creating web, Android, and iOS apps. Furthermore, you may continually construct apps and transport them to deployable places while working with Ionic. Ionic Studio is Ionic’s lightning version, and it’s a powerful tool. You may use it to create a simple visual development environment locally.

Ionic is usually viewed as an appropriate platform over other mobile app development frameworks because of its out-of-the-box capabilities.

The following are some of the Ionic characteristics:

It was previously known as Sencha, but it was combined with Ext JS and is now known as Sencha Ext JS. This JavaScript framework may be used to create data-intensive apps for the web and mobile devices. It’s also a mobile development framework that works across platforms. Ext JS comes with over 115 pre-integrated and high-performing user interface components. HTML5 calendar, pivot grid, grids, trees, D3 adapter, lists, menus, forms, toolbars, windows, panels, and so on are some of the components. Sencha also offers a large number of user extensions.

Adobe PhoneGap, which is commonly used for Android development, is sponsored by Adobe and Apache. For cross-platform development, this best mobile development framework employs HTML5, CSS3, and JavaScript. Adobe PhoneGap is an open-source desktop program that allows you to connect your programs to mobile devices.

The following are some of the Adobe PhoneGap features:

Flutter is a Google UI toolkit that aids in the development of native web, mobile, and desktop apps. This UI toolkit includes completely customisable widgets that make it easy to construct native apps in a short amount of time. Furthermore, the layered design of Flutter allows for quicker component rendering. The following are some of Flutter’s most notable features:

Corona is a cross-platform, open-source programming framework that can be used to create games and apps. The 2D game engine is another name for it. Corona allows you to create mobile and desktop applications. This platform works with iPhones, iPads, tablets, Amazon Fire, Android phones, Macs, and Windows PCs, among other devices. You can also create suitable apps for Fire TV, Apple TV, and Android TV.

The following are some of the most notable Corona features:

JQuery Mobile is an HTML5-based user interface framework. This site is touch-friendly and may be used to create extremely responsive apps for smartphones, tablets, and PCs. ThemeRollar, a JQuery mobile plugin, provides highly customisable themes. Furthermore, you can use this best mobile app development framework to construct highly branded websites.

The following are some of JQuery’s features:

The following are some of the Mobile Angular UI features:

We compiled this list of best mobile app development frameworks after analyzing numerous variables such as operating system, development time, and more.

Every day, mobile application development evolves from a single platform application to a cross-platform application. The mobile development trends have seen a substantial paradigm shift as a result of this progression in terms of code, script, platforms, integration, development process, and deployment. While we transition to hybrid, native, and progressive web apps, technologies such as IoT, AI, machine learning, and blockchain are being adapted to provide the smartest, safest, and best user experience possible. With such rapid technological adaptation, it will be interesting to observe how hybrid our apps develop.